NORWEGIAN REDUCES SIGNIFICANTLY ITS PRESENCE IN ITALY: IMMEDIATE REPLIES FOR EMPLOYEES ARE NECESSARY

NORWEGIAN REDUCES SIGNIFICANTLY ITS PRESENCE IN ITALY: IMMEDIATE REPLIES FOR EMPLOYEES ARE NECESSARY 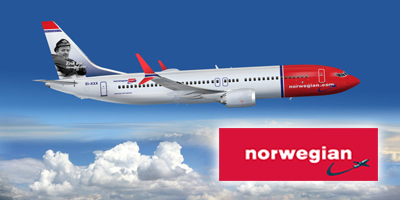 It would be easy just to criticize the industrial effectiveness of the NORWEGIAN project in the light of recent news that see a concrete, significant downsizing of the carrier.

What is needed without delay now is to be able to concretely evaluate the possible scenarios that affect Italian based employees , in the short term and in perspective.

It should be noted that the capacity and the communicative quality of the Company management, extremely centralized (even if it is understandable that the guidelines are dictated by the Headquarter of Oslo, remains displaced when the ‘national’ functions receive the news via email as employees ), is at the limits of the irritant (after over a year it is difficult to understand ‘who deals with what’ and ‘who to consult in case of need’) and absolutely inappropriate while announcing the SH FCO Base closing (the ‘SH’ employees, first received the February roster and then quickly received to follow … from the LH colleagues, the news of the closing of the operations).

Moreover, the need for a contraction was liquidated by Top Management with “the need to find solutions of an organizational nature in order to better face future challenges”, not considering in the least the fact that ‘Company’s crisis that involves working environment’ in Italy must be analyzed with all the Unions in accordance with the regulations in force.

An immediate focus is also needed on the ‘pseudo solutions’ proposed, underlining that some are not provided for by the Italian legal system (to solve by offering the transfer on a foreign basis, for example).

Continuing, the existing ambiguity that sees the employees of the LH and SH sectors (two separate companies) sorted into a single seniority list (the MSL – Master Seniority List – published last summer), which is obviously useful only for management purposes, as, as known and legally consolidated, in case of a business crisis, the legal protections must be considered, for example only.

It is quite clear that the carrier’s programming capacity generates embarrassment: only a few months ago, to strengthen the LH FCO base, transfers to FCO were granted from other European Bases: also in the fact that the SH FCO Sector presents unbalanced organic compared to real needs.

As aforementioned, it is essential that the company declares, as required by national legislation, the reasons underlying the crisis and the measures it intends to implement to overcome it.

Furthermore, employees must be listened through their representations: it is outrageous that part of Flight Attendants, not members of any trade union or trade union defined as ‘unrepresentative’, will continue to be discriminated, even in terms of information!

We will not support anyone who, hiding behind an alleged futuristic business model, pursues profit targets through industrial methods that do not take into account the personnel employed.

The Italian Air Transport has had the ‘guilty misfortune’, in the recent past, of having to deal with various ‘industrial extras’ that, starting from good intentions, have left huge damage on the field. Also and above all, in terms of job losses.

It is very important that competent institutions will supervise the sector and will be more vigilant: no further ‘experiments’ !