Ryanair – FIT CISL, ANPAC and ANPAV signed the CLA for Ryanair employed Cabin Crew based in any Italian base

Ryanair – FIT CISL, ANPAC and ANPAV signed the CLA for Ryanair employed Cabin Crew based in any Italian base 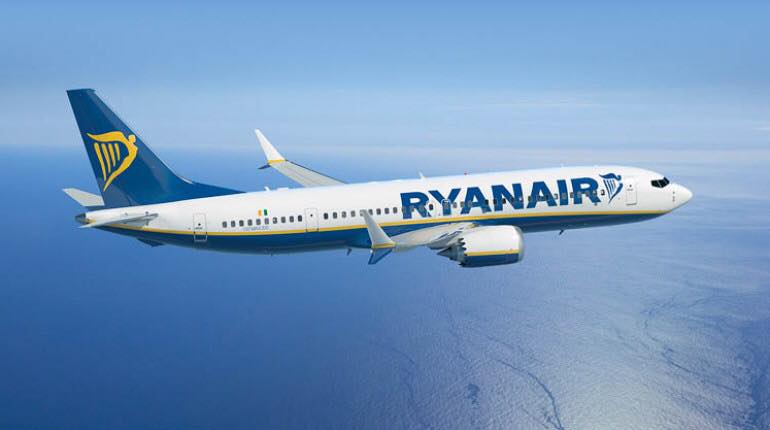 On 17th October FIT-CISL, ANPAC and ANPAV signed the CLA for Ryanair employed Cabin Crew based in any Italian base.

This achievement seemed impossible only less than one year ago but with the utmost feeling of happiness we can declare that we made it.

The new CLA will deliver finally an Italian contract of employment to all of you; you will benefit of all the rights established by the Italian law and of all the social institutions provided for by Italian Social Welfare.

In addition to this, a new pay-structure and a progressive 3-years pay rise will complete the picture, giving all of you a better stability and a fair salary.

The duration of the CLA will be 3 years and it will expires on 31st December 2021.

Much earlier than this date, we will be already sitting at the table with the Companies in order to gain further improvements for future agreements.

• transition from the current individual recruitment contracts in Ireland to fully Italian contracts for all Ryanair’s flight attendants;

• immediate use of the social protections provided for by the Italian national legislation (ie. maternity leave) in view of the continuation of the payments by Ryanair of INPS contributions (already in place since 2012) and INAIL;

• a new remuneration structure, unique and valid for all the Italian bases of the Irish company, in analogy to what is already in place in other airlines operating in Italy and fully complying with national tax and social security provisions (Consolidated Income Tax Act -TUIR) with the introduction of ‘Diaria’ concept (commented on the FAQ) and 13th salary.

• the inclusion of TFR contribution as envisaged for all Italian workers according to the Italian Civil Code and the consequent activation of supplementary pension with the subscription to the Fondaereo category pension fund;

• significant wage increases and the implementation of the possibility of having the salary paid on Italian current accounts (which is not yet foreseen) as well as the possibility of benefiting from a shift system that will guarantee an adequate number of rest on the same level other companies operating in Italy (ie. ‘Fixed Roster’)

• Is there any advantage coming for me from this new CLA ?
YES, as for following detailed points, you will have economics, normative and social services improvement.

• Do I have to sign a new contract?
Each crew will be asked to sign a settlement letter called “verbale di conciliazione”, after the CLA will be approved. By signing this letter the crew member will transition from the actual ERC CLA to the the new CLA signed by the Unions. Each crew will be asked to sign this letter shortly after the ballot in the presence of a Company officer and Union officer

• How do I vote?
Ballot will be online for FIT CISL, ANPAC and ANPAV members.

• I want a copy in Italian to show my local office for advice?
The new CLA will be both English and Italian. The Italian version will be issued WITHIN 4 weeks from the signature, since it will take several steps to be approved

• Why is the document in English?
The CLA has been written in English, in a way to give the chance to every Italian Based employee, even those who do not speak Italian, to fully understand it.

• Will new crew moving from agency to Ryanair be issued an Italian or Irish contract?
Crew moving from agencies to Ryanair as effect of the amnesty will be under the new CLA which is governed by the Italian law exactly like any other Ryanair existing crew. Right now, the employment letters that crew will be issued will still be in English language, but those letters will be reissued in Italian as soon as possible to any crew employed in Italy not later than September 2019, in order to complete a full transition to the Italian law

• New joiners in future I hear they will be issued an Italian contract why?
Every new joiner will be under the new CLA which is governed by the Italian law, exactly like any other existing crew.

• WHY if I do not vote do I have to accept the CLA if voted in by majority of crew in the 3 listed unions? What do I do if I am not a member of the 3 unions listed on the voting doc?
Crew, who are not members of the 3 unions who have signed the CLA, will not be able to vote. Anyway, once the ballot will be over and if the CLA becomes valid, any crew member will be asked to opt-in the new CLA by signing the settlement letter called “verbale di conciliazione”.
Any crew member deciding to opt-out of the new CLA, will remain under the existing CLA with the conditions of the actual CLA, switching from Irish to Italian Social Insurance as per Irish Social Welfare decision not later than September 2019

• Can I benefit from the CLA if I am not a member of the 3 unions?
Yes, you can by signing the settlement letter “verbale di conciliazione”

• What if I want to stay as I am and not sign up?
As written before,You can remain until 01/10/2019 with Irish SI. After this date you will start paying Italian SI.

• When will I get my €600 productivity pay?
The remaining 600€ will be paid in the first salary following the implementation of the new CLA (possibly November, not later than December)

• If I have paid xx years to an Irish state pension and switch what happens to my contributions – most common query for Irish SI crew.
Any social contribution you have made so far in Ireland (or any another EU Member State) will not be lost. Those will be recognised at the time you will apply for your pension in any EU Member State and they will concur to form your pension

• Unpaid leave – am I entitled to claim any support during periods of unpaid leave?
Unpaid leave as we knew it until today will not exist anymore under the new CLA. There will be voluntary unpaid leave as per Italian law (“aspettativa non retribuita”).
In case of forced reduction of crew, as for any other airline or industrial activities, a procedure between the Company, the Unions and the Government will be opened in order apply for “cassa integrazione” which is a social sup- port to cover 80% of the yearly monthly average salary during the time you will not work.

?Why is my hourly pay being moved into fixed basic pay?
Hourly pay has been moved partially into Fixed Flight Pay and partially into Diaria to maximise the tax benefit that the Italian law has for any employee working for aviation

• I am on a seasonal contract how will that change if I sign the CLA?
The existing so-called seasonal contracts (only in few bases which sensibly reduce their capacity in winter season) are actually part-time contracts where crew members, in their employment letters, have been contracted to work for a minimum of XX (less than 12) months during the year. Those contracts will stay under the new CLA: crew who will be not required to work in specific time of the year because of those conditions could apply for unem- ployment benefit under the Italian law

• I am pregnant now – do I need to present for office duties if yes from what date?
With the enforcement of the new CLA, crew in pregnant duty might be request to attend office duty. If this is the case, the crew will be notified, otherwise the pregnant duty will stay unchanged from what it is now

• When will I have the option to have an Italian bank account?
From January 2019

• When will Italian law be applicable?
Italian law is applicable to the CLA from the moment the CLA will be enforced after the crew ballot

• How does the sickness policy work? what if I cannot access a SASN registered doctor?
Sick leave will be paid for 120 days/6 months in any 3 year period. In order to qualify for sick leave payment, you will need to provide a doctor certificate stating your sickness from your first day of absence and covering for the entire period of your absence. By following this procedure, you will be entitled to your basic and fixed flight pay for the days of your absence. For Crewlink and Workforce employees, according with Italian Ministry of Labour it shall apply as provided for in the relevant contracts.

• What if I am not sick but cannot attend work?
You will keep informing Crew Control with the due advance (2 hours); assessing the reason of your absence, your manager will decide what is the best option to cover your absence

• What if I do not want a Ryanair CSA contract now but decide later I want to avail of the offer?
From 2019, every year until CLA expires, up to 25% of agency crew with more 4 years seniority will be considered for direct contract with Ryanair based on seniority, disciplinary record and merit

• How does the 13th month payment work?
Your basic will be split in 13th part. In the month of December you will be paid 2 of those part, getting a doubled basic compared to the other months

• Are more job shares flexi being granted?
Flexi jobs and shared jobs will keep on being granted where possible based on operational availability

We take this opportunity to thank you ALL for this accomplishment: it would have not been possible without YOUR trust in FIT CISL, ANPAC AND ANPAV which we hope we are finally paying back today.

You will see many others Countries will follow the road we have opened in the coming months!

Thanks to each one of you!

TOGHETER WE MADE IT THANK YOU AGAIN

* values expressed in euro, for the correct interpretation we refer you to the collective labor agreement 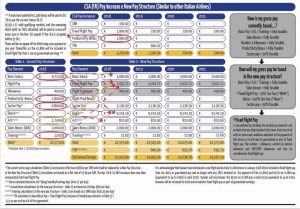 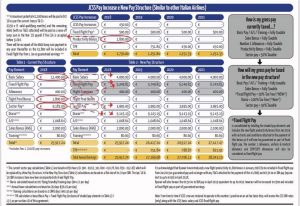 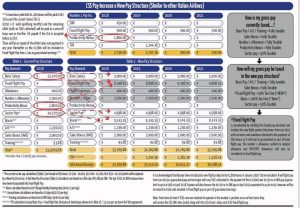